Don’t cut my trees | A True Story About Elder Abuse

My staff called in panic. Georgia was having a meltdown. She would not let the gardeners do their job.“I do not want to see the house in the back, it is disrespectful”. There was no gardener and no, the trees were not being cut.
Georgia has Alzheimer’s, with very short term memory while her long term memory is very intact. Interestingly she remembers my name, even though I met her only 3 years back.
Georgia was going through an unfortunate time when I first met her. She has recently been victim of an elder abuse. When she needed some help at home, she talked to her friends and neighbors. She was connected to Virginia, who claimed to want to offer her help and service.
Virginia was quick to make friends with Georgia and within 2 months she moved in to live with Georgia. Often Virginia’s son used to come to stay the weekends too. The neighbors got used to seeing them on the property and everything was going on smoothly. Unfortunately, Virginia was taking advantage of Georgia in addition to just offering her care.
Virginia started helping Georgia paying her bills. Virginia would write the check for Georgia to sign. Georgia was very trusting and soon she had complete access to Georgia’s bank account. The bank manager too was seeing Virginia regularly that he too did not see anything wrong going on.
Of course there was lot going on. Virginia would make small checks payable to herself and would get Georgia to sign. No one realized except Virginia that Georgia was losing her memory. Georgia was single and had no immediate relatives. Only her friends and neighbors knew that she existed. Soon Virginia started signing the checks herself, which easily passed through the bank as they do not verify signatures of small value checks.
Unknown to Virginia, Georgia had a distant nephew, Dan, who lived in Ohio. He was monitoring funds of his aunt. He started to see higher amounts of withdrawal in the last several months and he started to worry. Dan decided to investigate and to his dismay he found that Georgia was missing  about $175k from her savings. He reported to police and soon Virginia and her son were arrested.
The court finally settled the case. Virginia will be required to pay $25 per month till all the amount stolen is refunded…  which will take her about 583 years to finish paying off the debt.
If Elder abuse is to be taken seriously, we need new laws and we need to enforce the laws. Without which we will only be paying lip service to a problem that is already $2.6 Billion big and growing rapidly.

When you choose New Wave Home Care Pasadena, you can rest assured that all of our efforts will be focused precisely where they should be: on providing exceptional care for you or your loved one. As a premier provider of non-medical private in-home care, we hold ourselves to a better standard of care—because we know that is exactly what we would want for our own loved ones. Having serviced the San Gabriel Valley community since 2009, we have earned our reputation for providing compassionate care rooted in knowledge, integrity and trust. What to Look for When Doing a Home Safety Evaluation 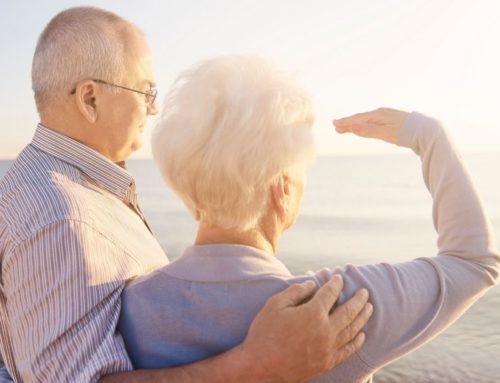 What to Consider Before Having an Aging Parent Move In